When I was at Rainbow on Monday (would have been Sunday, but I ran out of time: I have kittens), the customer behind me took his mask off so he could start to eat something he was about to pay for. (Technically, he was eating something that still belonged to Rainbow. I disapprove of this.) Hoping to shame him into putting his mask back on, I gave him a steely look for a solid three seconds. When that had no effect, I said, “Would you please put your mask back on?”

A Rainbow worker approached and asked, “Is there a problem?”

I said, “The customer behind me took his mask off. I asked him to put it back on, and now I’m getting a lecture about the virus.”

The worker said, “I’m sorry to hear that. That sounds annoying.” I couldn’t tell if he was genuinely sympathetic or if he was humoring me, but he then directed me to a cashier, and that was that, except that a few minutes later, the worker came up to me and said, “If this ever happens again—”

I figured he was going to say that it might not be the best idea to tell other customers to put on their masks, and that it would be better to refer the matter to security or to talk to a worker about it.

This is what he actually said: “If this ever happens again, you can complain at our customer service counter, and we can ban that customer for life.”

He added: “I encourage you to do this.”

Rainbow has our backs!

Here Duckworth is wearing his handsome collar with cacti on it for the first time. Within an hour or two, he figured out how to remove it. I found the latch very stiff; I could barely unclasp it myself, and hoped it would actually function as intended if he ever (god forbid) did find himself outside and hung up by his collar. Well, it is a moot point, because if he ever (god forbid) finds himself outside, he will not have a collar on at all. 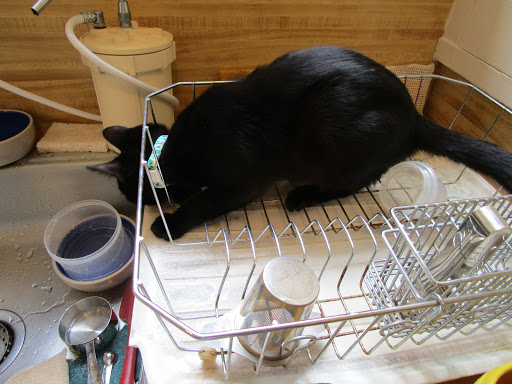 Having kittens has greatly attenuated my schedule. Greatly greatly attenuated it. I meant to go online the day after I brought them home to attend to their microchip registration. In four days, it will have been a month, and I haven’t been able to find ten minutes to do that. I don’t know how people with actual human children do it—it is my understanding that you can’t stuff a human baby into a bathroom when you need half an hour to iron a shirt without someone trying to climb up the dangling sleeve. 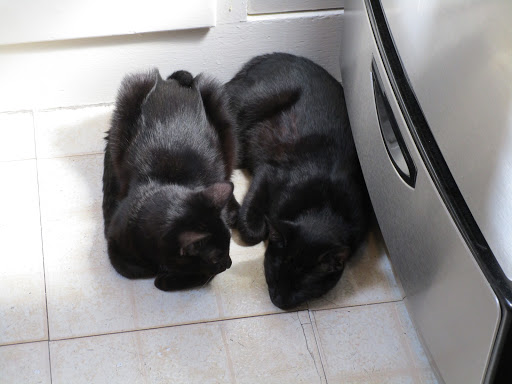 In work news, we have now been issued goggles that we are supposed to wear any time we’re with a patient.

We have several per diem chaplains, including myself, and I know that some of the others have lost hours, but my schedule has not been affected. I sent my boss a gushing text thanking her for this, and got an email back saying this will probably have to change by mid-September. This was not welcome news. My schedule has been perfect. A reduction in hours would affect not just my income, but potentially my health insurance, because that depends on working a certain number of hours.

There’s not a thing I can do about it, so when my boss and I discuss this in more detail, I plan to be entirely gracious. This is an opportunity for practice. That my situation has been excellent for some time is an occasion for gratitude; that it is ending is not an occasion for disgruntlement. No one owes me anything.

When I did Clinical Pastoral Education, the hospital where I did that (the seventh best in the country, according to rankings just released) did not have per diem chaplains, but in the past year or so, they hired several, including three people from my CPE cohort. The day I found out my work schedule will likely be cut, I said to myself that should that hospital ever have openings for more per diem chaplains, I would hasten to apply. That very evening, that occurred, and today I put in an application. I would have done it yesterday, but I have kittens.

What strange little creatures they are. That is Duckworth in both of the two bottom pictures: he currently has one white whisker. So that is also Duckworth on the left in the wool cat house. 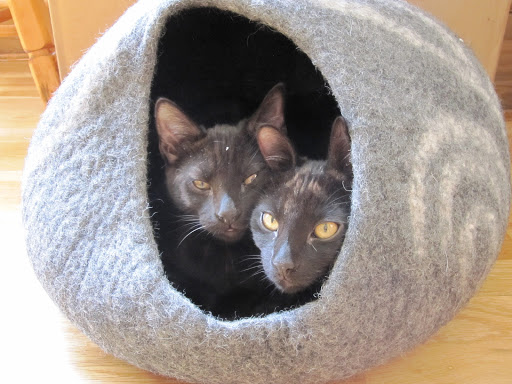 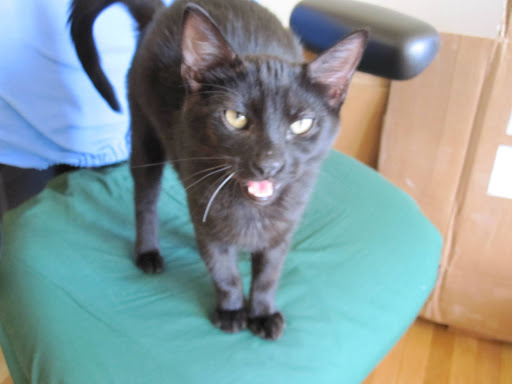 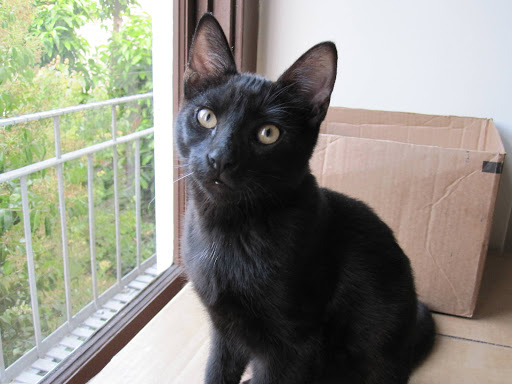